It certainly goes without saying that ice cream and summer are the perfect match. With so many recipes floating around the web and popping up on social media, we couldn’t help but be inspired and try one of our own. Ice cream has always been something I find extremely easy to buy and gobble up, but despite receiving an ice cream attachment for the Kitchen Aid years ago, I’ve regretfully found it difficult to use it enough. It was time to change that around!

I’ve always been a fan of vanilla ice cream with ribbons of caramel or chocolate mixed with nuts or fruit.  There’s just something about the balance of flavors and textures that work for me as opposed to just a straight chocolate or caramel ice cream. I like each bite to be the same flavors but in different ratios with each spoonful.  Scoop some on a sugar cone and I’m in heaven. One of my most favorite things to make on a quiet weekend afternoon is dulce de leche. It can certainly seem time consuming but it takes little effort and the payoff is this wonderfully complex sauce that can be used as a topping or filling for any number of treats.  With our thoughts turned to ice cream, it was my first choice for the main ingredient and it didn’t disappoint.  I also wanted a roasted, salted nut to add that little crunch.  Salted Pecans with just a hint of cinnamon made the most sense at the time and it fit perfectly.

Note – Don’t hesitate to pass on making the dulce de leche from scratch. There are plenty available at the grocery or online that are just as good.  They would shorten the below recipe quite significantly. I first learned to make it by following the Alton Brown method from Good Eats and I rarely stray from it.  You can watch the video here should you want to see it in action. Pour milk into a large 3.5+ quart sauce pot, add sugar, vanilla bean and seeds, and salt and stir around a bit before turning on the heat to medium low.  Allow sugar to melt but don’t allow the milk to simmer or boil.

Once the sugar has melted, add the baking soda. Doing this before the milk hits a simmer will prevent any foam from forming too quickly and spilling over. When the baking soda is incorporated, allow a slight simmer, and then turn the heat to low to maintain.

After one hour, remove the vanilla bean but continue to heat the milk at a bare simmer for an additional 1.5 to 2 hours. The milk will reduce to almost a cup of thick, dark caramel color.  During this process, stir occasionally but don’t incorporate the foam that forms from the baking soda. However, you can scrape that out from time to time with a small mesh strainer or spatula.  I do this so that I can keep an eye on the color.

Remove from heat and allow to cool for 5 minutes before straining into a storage bowl or jar.  It will thicken as it cools.  It can be stored in the fridge for 2-3 weeks.

In a small mixing bowl, mix together the pecans with all other ingredients until evenly coated.

Pour contents onto a parchment lined baking sheet and bake for 45 minutes. Toss and stir the pecans every 15 minutes to roast evenly.

Once the roasting has completed, remove and set aside to cool.

In a medium sized sauce pan, heat milk, sugar, vanilla bean and seeds, and salt over medium-low heat. Don’t allow to simmer or boil. When sugar is melted, remove from heat and cover to infuse for up to one hour.

Pour heavy cream in a medium sized mixing bowl, cover with plastic wrap, and keep in the refrigerator while you make the custard.

In another mixing bowl, whisk together the egg yolk and add about a 1/4 of the milk mixture as you continue to whisk. Pour the egg mix into the sauce pan with the remaining milk and place over a low heat. Continue to stir while being careful not to overcook the eggs for approximately 20 minutes. Remove from heat once the custard can coat the back of the spoon.

Remove cream from the fridge and strain the custard into its mixing bowl using a mesh strainer. This will collect the vanilla bean and any cooked egg that formed. Mix together evenly with a spoon or spatula.

Pour the contents into the stand up mixer’s ice cream attachment and churn at the 1st speed for 30 minutes. A little trick I like to use is kicking it up to the second speed around the 20-25 minute mark. Be careful though, this can cause some spillover if you’re not watching. It can almost double the volume.

Once the mix has churned for 30 minutes, and the consistency is the equivalent of soft serve, turn off the mixer and stir in the pecans with a spatula. Using the same spatula, scrap the ice cream into an airtight storage container a little at a time. You want to add the dulce de leche in layers.  Do this by drizzling a spoonful over the top of each layer of ice cream and blending around with a fork or knife.

Cover the container and place in the freezer for up to 4 hours but preferably overnight. Don’t risk checking on it early or before you want to serve it for the first time. Once you open the lid, air gets in, and that can create ice crystals. 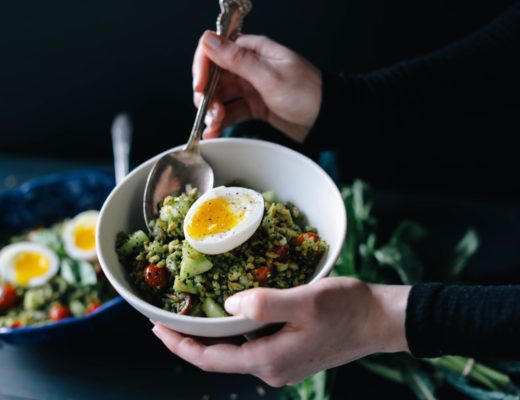 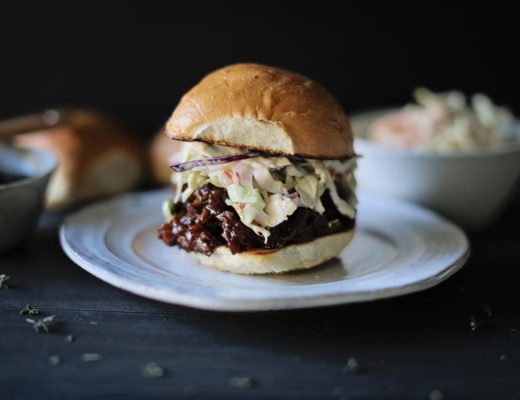 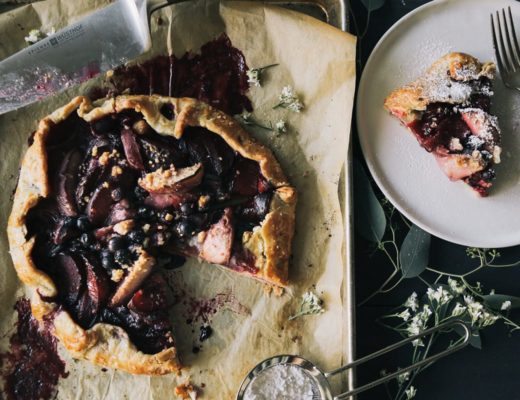