If there were one particular cuisine I could eat on a daily basis and never get tired of it, Indian food would my choice hands down. It’s been that way since I was a teenager and it’s never changed. The rich and creamy sauces, the powerful combination of exotic spices, and the almost hypnotic aroma that surrounds it all. Not to mention the naan. What’s not to love? With so many options for flavors and ingredients it just never gets boring.

If I had to select a favorite, I’d have to go with anything Korma though. Whether it’s chicken, all veggie, or with a little paneer. Korma’s creaminess has the comfort food parallels of a good pasta dish. I love the “kitchen sink” approach to adding a wide variety of veggies, and then throwing in some nuts and raisins as well. It has everything! Now, as much as I love curries, kormas, and saags, I’ve never been very good at making them for some reason. I think the long list of ingredients always intimidates me a little bit. That, and the fact I always forget to add one or two when it calls to add several in a quick succession of time. What I’ve come to learn is that preparation makes all the difference. Instead of waiting for the moment to grab each spice or veggie when the process calls for it, I now measure and dice everything before I even start to cook. I then divvy it all up in order so it’s merely a matter of grab and add. Once I started preparing in this manner, everything changed. I never leave anything out and I never feel out of sorts or behind the clock. Ultimately, everything turns out as it should and each dish ends up easier to make that I originally thought. Recently, Jane has moved over to a plant-based diet, a decision I must admit wasn’t my favorite at first. However, she quickly opened my eyes to an exciting and healthier way to eat which was accomplished primarily through a handful of curry dishes she prepared for dinner. Indian cuisines provides a wealth of plant based options and preparations that are so indistinguishable from versions made with cream or yoghurt that I wouldn’t even be able to notice if push came to shove. It was truly an awakening and now I’m constantly searching out vegan recipes to cook up or adapt with not only with Indian dishes but for foods from all over. She makes this vegan queso that’s pretty fantastic, but that’s another story for another time.

The below recipe for Veggie Korma is my first foray into plant-based cooking and I hope you like it as much as we do. Please don’t hesitate to post some recommendations for other dishes. We’d love to test them out! (Recipe Notes: Prepare everything beforehand and have it organized so you don’t miss anything when you get passed cooking the onions.)

Heat the oil on medium and then add curry and cumin seed. Stir around and allow to cook for about 1 minute. Don’t worry if the seeds start to pop a little.

Add onions and cook until translucent (about 8 minutes), stirring frequently.

Add ginger and garlic, stir around and allow to cook for about 30 seconds or until garlic becomes fragrant.

Stir in the carrots, potatoes, green beans, pistachios and peppers. Continue to stir while adding the garam masala, paprika, turmeric, cinnamon, and salt. Allow it to cook for a minute.

Add broth, tomatoes, and coconut milk, and bring to a boil. Reduce to a low simmer and cover for about 40 minutes. Stir occasionally. It’s good to test the flavor a bit towards the end in case you need to add a little more salt or heat with crushed red pepper flakes. I sometimes remove the lid after 15-20 minutes to reduce the mix a bit. In the end, the starches from the potatoes will thicken this up by the 30-40 minute mark.

(If you are making rice on the stovetop, this would be a great time to do it.)

Once the potatoes and carrots are cooked through, and the sauce has thickened, remove lid, add peas and raisins, and allow to cook on low for about 5 minutes. 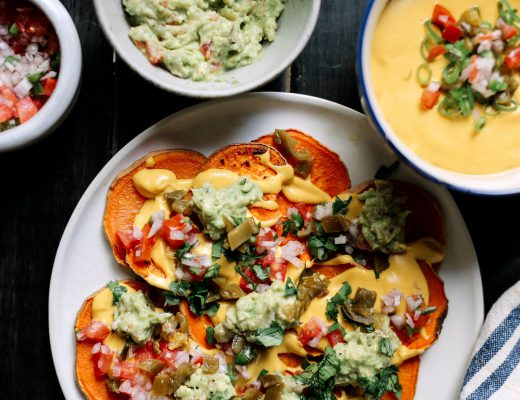 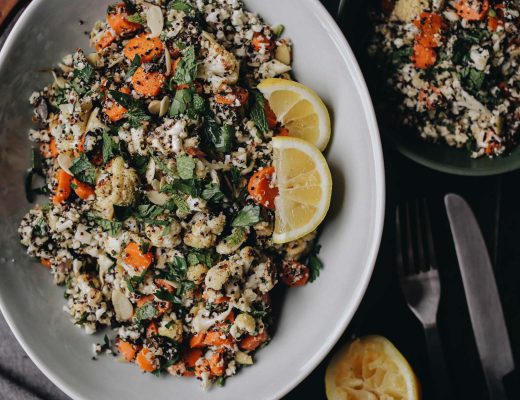 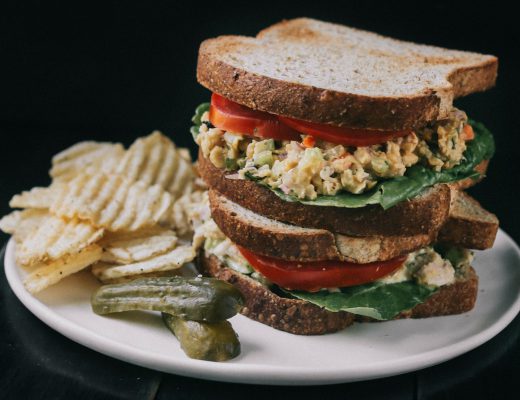 Jane’s Tuna Salad (and a Vegan Chickpeas version too!)