Every Party is a Pizza Party(Our favorite Pizza Dough recipe!) Making pizza is one of the great joys of cooking for me. It was one of the first things I learned to make from my mother, who would only make it every once in a great while. This caused my brothers and I to plead for it all the time using birthdays and accomplishments as a justification in hopes of convincing her. Looking back, I’m not sure she was doing anything difficult, but she preferred to make the dough from scratch, and that would end up being a two-day process for someone that worked every day and cooked for her family every night. Plus, with 3 sons and our father, you had to make quite a few pizzas to meet our hungry demands. I certainly understand now why it ended up being such a rare occasion for her. Now that I’m an adult, I end up making homemade pizza quite a few times a year. Nowadays, specifically for cocktail and dinner parties.

As anyone knows when planning a party, you want easy food that is simple to serve, easy to prepare and clean up, and most of all, keep without spoiling too quickly. The latter part is always the trickiest. We always want to go above and beyond with what we prepare but sometimes our ideas are limited by a short serve life. By now, we have a couple of stand-bys with assorted nut mixes, sandwiches, certain cheeses and meats, and Rice Krispies treats (always a winner!). It’s the more substantial items that offer the challenges now. The items that have the strength to balance out the drinks being shared.

That’s where pizza performs mightily with its spongy bread crust and all the powerful flavors piled on top of it. It can be served hot, reheated, and served again. There are so many options from simple to complex when it comes to pizza toppings so let loose and dream big. We all have our favorites and it’s really up to you. The real art from pizza comes from it’s canvas and that’s what I want to focus on here. When I first started making pizza, like so many, I purchased instant mixes from the grocery. I spent years working with the classic Jiffy box blend. Eventually, I moved up to the fancier versions and dressing them up even further with dried herbs or peppers. They never quite met my mother’s match though. They were always too dry, too processed tasting. They didn’t have the crisp exterior and the soft inside.

The next step was fresh-frozen doughs. Better, but not quite good enough either. The freezing process tends to kill the rise and it really affects the flavor. The toughness of the dough after thaw can lead to over stretching and rolling as well. I’m not sure why I was avoiding what I would later realize is a pretty easy overnight process, but I still didn’t want to deal with tending to a recipe more than a few hours. When I was younger, preparing a recipe a day or two before I get to eat it seemed like a gamble to me. Who knows if I would still want it so far into the future. Then again, it was pizza. That’s a pretty safe bet!

Then I learned a shortcut thanks to something I watched on TV. I started buying fresh dough from local pizzerias. They always looked a bit taken aback when I’d ask, and weren’t usually prepared to sell it that way, but it would always work out in my favor and I could buy a few rounds of doughs for a buck or two. Sadly, it still wasn’t perfect. Most of the local pizzerias make dough as a means to an end. It’s BASIC! It’s processed fast and with as little cost as possible. It’s what I would call Shopping Mall pizza dough. It rises pretty well, and bakes nicely, but it’s lacks depth in flavor. It was time to get real. If I were as serious about pizza as I believed then I needed to make the extra effort in using a quality dough that meets all the qualifications I expect. That’s where my love of baking bread came to my rescue. Along with pizza, baking bread brings me immense satisfaction, and over the years of testing out many, many recipes and formulas, I often turn to one book as the main resource for most of the loaves I bake. Flour Water Salt Yeast by Ken Forkish has been a godsend for me and it covers all the bases from country loaves to rye, same days to overnights, and almost everything in between. In addition to so many great bread recipes, he has quite a few for pizza doughs. His overnight straight pizza dough recipe is the best of the best to me. It does require a little foresight when it comes to timing and when you will bake it based on the long resting periods, but once you get that down, the dough pretty much handles all the work for you. I also highly recommend using a scale versus measuring by cups when it comes to flour and water. The temperature of the water plays a part in the rise as well. Get out your thermometer! * All purpose and bread flour both work fine as well.

Measure out the flour and place is a large mixing bowl.

Take 1.5 tbsp of the 350g of water and combine with yeast in a small bowl to set aside for about 30 minutes. Add the remaining water, and honey, to the flour and mix with hands until combined. Allow the flour and water mix to autolyse until the yeast is activated (it was start to bubble a bit — don’t fear if it’s not a lot).

Pour the yeast mix over the top of the dough, add the salt, and then pinch together using your hands and fingers, squeezing everything together until fully combined. It will seem wet and squishy at first but will incorporate completely after a few squeezes.

Using your hands still, slide under the dough and fold until you’ve formed a ball. I turn the bowl after each fold. It should only take a couple before you have a round ball at the bottom of the mixing bowl. At this point, cover with a towel or thin cloth, and let it rest for 30 minutes.

After 30 minutes, do another turn using your hands just as before. You will do this one more time at the 60 minute mark.

Once you’ve completed both turns, drizzle to coat the dough with olive oil to prevent sticking, and cover the bowl with plastic wrap to store in a cool, dark place overnight (or 12 hours).

After it’s long rest, drop the dough on to a floured surface and divide in equal halves. Shape the dough into balls and place them on a lightly floured baking sheet with room to expand. Cover with plastic wrap and store in the refrigerator for at least 6 hours. They will keep for 2 days at this point. You’ll want to freeze them should you need more (up to 2 weeks). 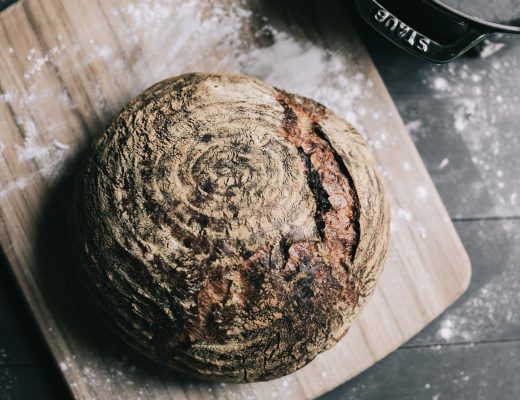 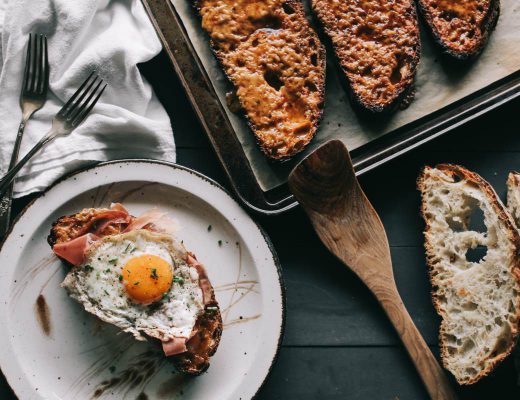 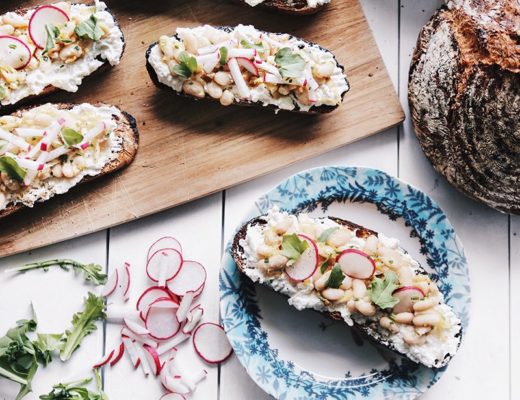